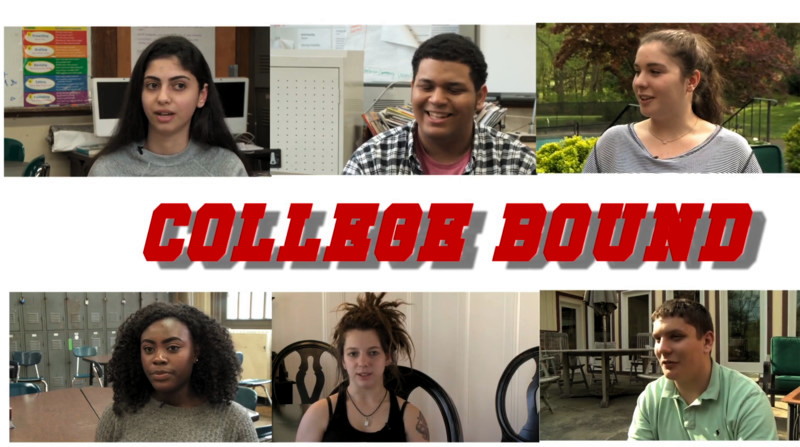 Celebrating its 20th anniversary in person March 23-27 and with virtual online access March 28-April 3, the 2022 Garden State Film Festival celebrates the independent film genre by bringing a carefully curated and enriching selection of original works to a diverse audience. locally and around the world.

Two film screenings will be presented in person at the Cranford Theater in Cranford, Union County on March 23 at 7 p.m. and March 26 at 7 p.m., according to a press release from festival organizers.

The full program of this year’s selections will be presented in person at five venues in the Asbury Park area, with special events and screenings each evening. Check the schedule at www.gsff.org for showtimes and to see which films are screened in person at a specific location, according to the press release.

New this year, the films will be available online from March 28 to April 3.

This year’s 20th anniversary celebration will feature world premieres, celebrities, industry representatives
panels, evenings and networking, and entertainment for all, according to the press release.

Diane Raver, who is the founder of the event, said, “The Garden State Film Festival will screen over 200 films from 17 countries. There is something for everyone. Come all, come all, it only happens once a year and we don’t want you to miss it.

The festival organizers announced that the film “College Bound”, directed by Gary B Rosen of Manalapan, will be screened at this year’s festival.

The film shows that college is an emotional experience for an entire family, not just for those
apply to college. Find out how students respond to their journey when applying to schools and seeking to fulfill their dreams. This short film is student-agnostic as it explores the trail of athletes, introverts, star-crossed lovers, and drama students, according to the press release.

Rosen, who has lived in Manalapan since 1987, said he got the idea for the film when his three daughters went to college.

Festival organizers also announced that the film ‘Ethereal’, directed by Anthony Bradford of Colts Neck, will be screened at 6 p.m. on March 26 at the Berkeley Hotel, Asbury Park.

After his fiancee falls into a coma, a desperate man experiments with lucid dreaming to access parallel worlds and bring his beloved back, convinced that her soul is stuck in another plane, according to a description of the film.

And, the festival organizers also announced that the film ‘Glasya’s Heresy’, directed by Red Bank resident Devon Delmar and starring Red Bank’s Cara Smith, will be screened at 8.30pm on March 26 at the Asbury Hotel, Asbury Park.

In this musical video story, a weary traveler plods through a barren landscape with his horse. He is overwhelmed by visions of a beautiful woman beckoning him with promises of comfort and pleasure; a sumptuous banquet and an opulent four-poster bed.

His voice is haunting and drags him further and further into the desert, like a siren that lures an unfortunate sailor to his doom. This song features on an album called “Inferno” by gothic rock band Dispel Music and is an allegory of the sixth circle of hell, as described by Dante.
Alighieri.

This video was shot on location in Kersefontein, South Africa, with an all-South African cast and crew. The song was written and performed by Cara Smith and Scott Dispel.

“We are extremely proud to present ‘College Bound’, ‘Ethereal’ and ‘Glasya’s Heresy’ as part of our 20th annual film festival and to share these works with our global audiences,” said Lauren Concar Sheehy, Executive Director of the Garden State Film Festival.

Asbury Park in person highlights include a red carpet gala on March 25 in Asbury
Lanes and a screening of the Irish comedy ‘Redemption of a Rogue’. Tickets for that
live events are limited and available at www.gsff.org/tickets

Saturday and Sunday offer a packed schedule of films for all viewers, as well as industry
related workshops.

The winners of the festival’s film music competition will have their musical compositions performed before the live screenings.

The festival concludes with an optional black-tie awards reception at the Berkeley Oceanfront Hotel. All events are open to the public in accordance with state COVID-19 mandates, according to the press release.

The winner of this year’s feature film script competition is Siobhan Fallon Hogan with
“Shelter in solitude.”

The virtual reading of the winning script by professional actors will take place on April 3 from 10 a.m. to 12 p.m. and is presented by partner Project Write Now. A ticket is required and is available at www.gsff.org

All in-person single-block screening tickets are $15 in advance or $17 at the door while supplies last, according to the press release.

Individuals can also choose to purchase an all-access virtual pass that grants access to all virtual movies, March 28 through April 3, for $44.99, or see one movie for $10; five movies for $17; or 10 films for $25. For more, visit https://gardenstatefilmfestival.eventive.org