Content creation returned to pre-pandemic levels with revenue surpassing 2019 levels late last year. The speed of this recovery is expected to accelerate through 2025 with projected growth of 19% according to the latest research from PricewaterhouseCoopers Global Entertainment and Media Outlook.

With this trajectory in mind, one of the biggest challenges facing the motion picture industry is the lack of hands-on training for entry-level and mid-level production personnel. This problem has been exacerbated by numerous shutdowns during the pandemic, which have led production teams to change careers.

However, the growth of the entertainment industry is firmly back on track and the number of job openings in this field is booming. This is evident in the latest numbers from the Bureau of Labor Statistics, with estimates that producer and director positions are expected to grow 24% through 2030, a 6x increase over the national average. Moreover, the number of annual openings has doubled since 2019, which could indicate an even faster recovery for the sector.

The question remains, how can aspiring filmmakers acquire the necessary skills and take advantage of the growing opportunities within the industry?

With a host of in-demand job opportunities across the company, young filmmakers entering the job market have the opportunity to work in a variety of productions, including television shows, commercials, feature films and advertising. A short-form content boom has also opened up plenty of opportunities for the next generation of filmmakers to explore.

Traditionally, the path to entering the film industry has been twofold:

First, there’s no better way than to get hands-on production experience; however, the career path can take years if it is not preceded by targeted training or if individuals do not know how to navigate the industry in general. Despite high demand, production management and top-down production roles in particular remain highly competitive and the career trajectory remains challenging. For big Hollywood productions, it can also take a long time to get your foot in the door. With smaller independent productions, there may be more opportunities for those who are less experienced to get their first roles as production managers, but even then they need to know what they are doing to deliver a production safely and correctly.

2. Pursue a Masters in Film

The second route was through a specialized master’s degree in filmmaking or a related field. These programs typically explore film from a creative perspective and provide a solid conceptual understanding of every step of the production process. However, they typically lack hands-on knowledge and hands-on knowledge of how the business works, two essentials for a successful entry into the field. Students will gain a wide range of knowledge, but may find themselves without guidance on how to advance their entertainment careers.

Another setback to this approach is the high cost of specialized degrees, which can take three years or more, especially if done on a part-time basis. 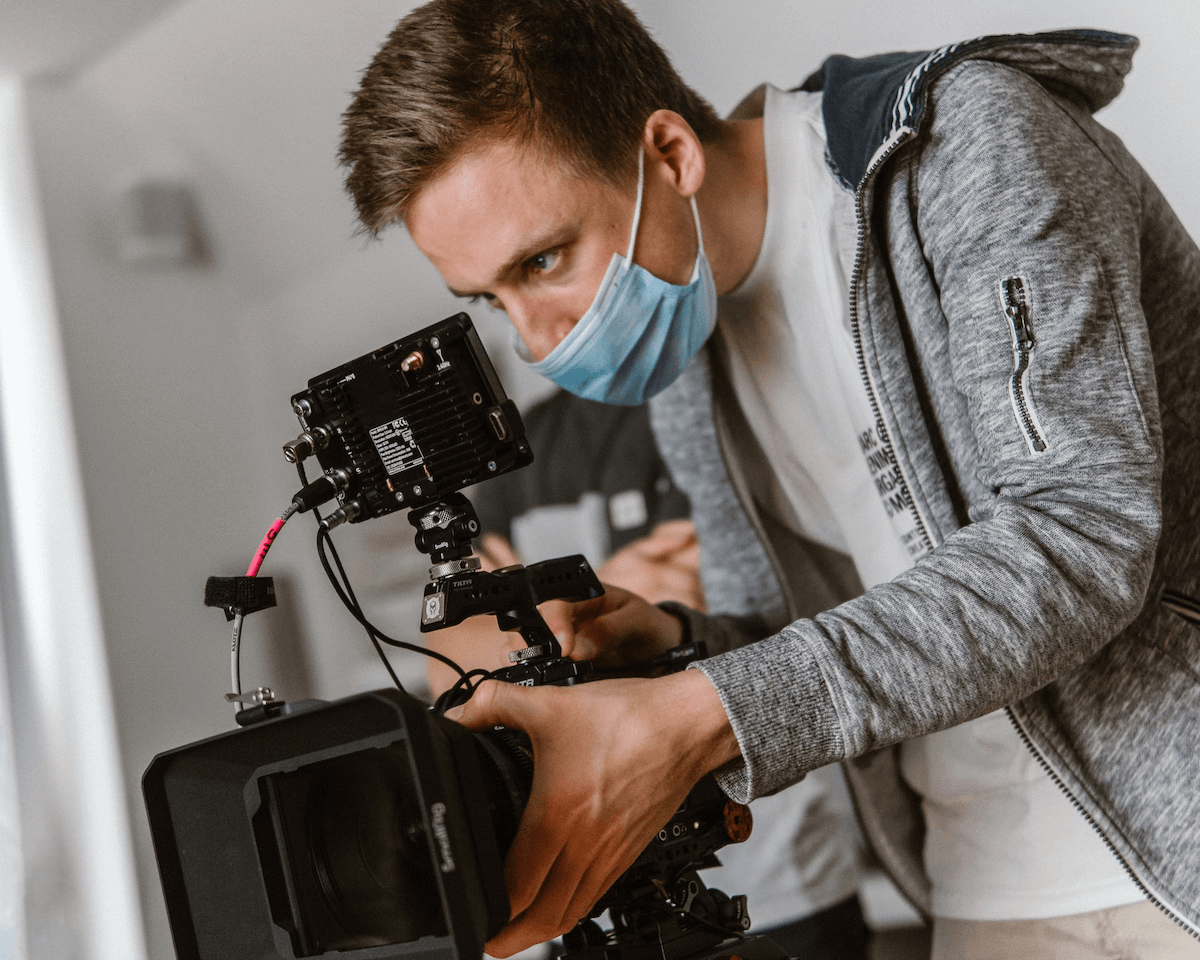 Recognizing the limitations of this traditional educational path, Quinnipiac University has strived to create a one-of-a-kind degree that offers a new path to advance in the entertainment industry.

With the ever-changing landscape of film and media production, Quinnipiac University has positioned itself to offer the best of both worlds through its new online MA in Film Production Management. This unique program helps students gain the practical skills necessary to progress into production roles, ranging from film to television to streaming content. The program aims to work at the forefront of emerging methods and technological advances in the industry, giving students an added edge by honing skills that may be in greater demand, but less available.

Having developed its curriculum with the latest information on changes in the film industry, the University guides students through managing every step of the film production process, from planning and pre-production to post-production. production and delivery of final content.

Students complete the program with a final Capstone draft of a professional film or television package that can be pitched to production companies and potential financiers. This includes the creative material they have developed or written as well as a timeline, budget, financing plan, pitch deck and rip reel or proof of concept.

The Masters in Film Production Management program has been designed for working professionals and can be completed in one year if taken full-time and in just 2 years if taken part-time, while allowing students to learn on the job and develop their skills. working in the industry from the start.

Ready to take advantage of the growing opportunities in film production? To learn more about Quinnipiac’s online master’s in film production management, visit qu.edu/cpm. Applications are accepted on a rolling basis for the Fall 2022 semester, which begins in late August.

In partnership with Quinnipiac University