A leader of the Igbo Jewish community in southeast Nigeria was released on Monday after being detained by authorities for a month.

Lizben Agha was arrested on the same day as three Israeli filmmakers in the Igbo village of Ogidi on July 9 by masked officers from Nigeria’s internal security agency, the Department of State Services. The Israelis, taken at gunpoint in a local synagogue, were suspected of having had contact with Biafran separatists in the southeast of the country and detained for 20 days without access to lawyers and without being formally charged.

The filmmakers stressed that neither they nor Agha had any connection with the separatists or with any political movement.

Agha had helped the Israelis film an episode about the Igbo Jewish community.

His son Emmanuel told the BBC that after being temporarily detained with her husband, Agha asked the DSS to be taken to the capital Abuja with the Israelis in order to mediate them.

By registering, you accept the conditions

Rudy Rochman, a pro-Israel activist with nearly 95,000 Instagram followers; filmmaker Andrew Noam Leibman; and the Franco-Israeli journalist Edouard David Benaym were in Nigeria to film â€We have never been lostÂ», A documentary exploring Jewish communities in African countries such as Kenya, Madagascar, Uganda and Nigeria. Their July trip was focused on the Igbo community.

â€œLizben is an innocent and incredible woman,â€ Rochman told The Times of Israel. “Incredibly strong, powerful, hospitable, proud of her Jewish identity, and was there for us from the moment we arrived.”

â€œIt’s horrible what happened to him – 29 days in prison. We were there for 20 of those days, so we know what it is, â€Rochman said.

The three men ate a third of the only daily kosher meal their jailers allowed them to receive from Chabad and gave it to Agha through the prison guards during their captivity.

But Agha was unable to receive kosher food after the Israelis left.

â€œI spoke with Chabad before we left and convinced them to continue bringing him food,â€ Rochman said. â€œThey came three times and the DSS refused to feed him. “ 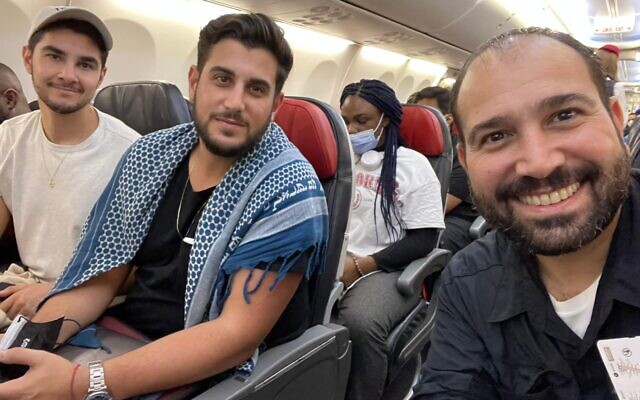 Three Israeli filmmakers detained in Nigeria for 20 days pictured after their release, on their flight from Abuja to Istanbul before boarding a plane to Israel, July 28, 2021 (Courtesy)

Rochman said the filmmakers helped raise money for his bail.

The filmmakers said their local fixer Priye Amachree was also arrested about a week ago and is still being detained. He’s not Igbo.

Amachree was not allowed to see a lawyer nor was he formally charged, Rochman said.

The men landed in Nigeria on July 6.

In a statement posted on Instagram after their release from Nigerian detention on July 27, the trio said they were “mistakenly taken on Friday July 9, 2021 at 7:30 a.m. (Nigerian time) to the local DSS facility in the United States. ‘Anambra State, Nigeria where they were held for 24 hours before being transported to DSS headquarters in Abuja, 9 hours away with dangerous transport [sic]. “

The men said they were arrested at gunpoint by more than a dozen DSS men wearing black ski masks.

â€œRudy, Noam and David were caged and detained for 20 days in horrendous conditions, locked in a small cell, sleeping on the floor with no access to showers or clean clothes. They were interrogated and mistreated without ever being officially arrested or charged with anything, â€the statement said.

The three men said in their statement that they had been officially cleared of any wrongdoing, but were ordered by the Nigerian government to leave the country immediately.

They promised to find another way to tell the story of Igbo Jewish life. 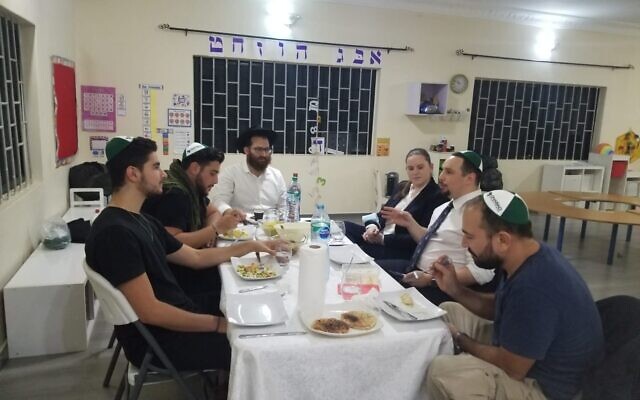 The Igbo see themselves as a lost tribe of Israel. The filmmakers were aware of the political sensitivities surrounding the filming in the community, noting on their documentary’s Facebook page: â€œWe take no position on political movements because we are not here as politicians nor as members of the community. ‘no government delegation. 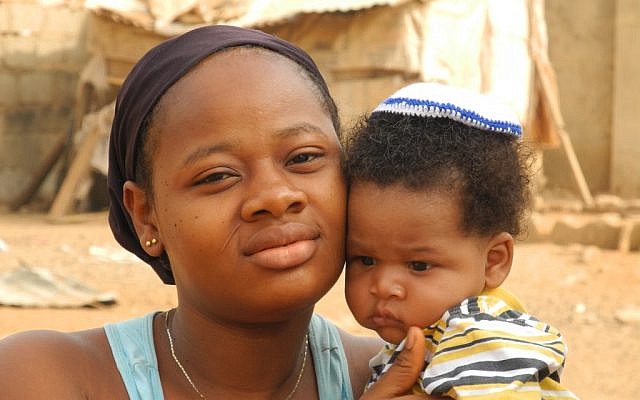 In January, a conflict erupted in southeastern Nigeria between Nigerian forces and the military wing of the Biafra Indigenous Peoples Movement (IPOB). The fight is on.

A previous unilateral declaration of independence by the Igbo people in 1967 sparked a brutal 30-month civil war that left over a million dead.

AFP and Times of Israel staff contributed to this report.

The climate crisis and responsible journalism

As an environmental reporter for The Times of Israel, I try to convey the facts and science behind climate change and environmental degradation, explain – and criticize – official policies affecting our future, and describe the Israeli technologies that can be part of the solution.

I am passionate about the natural world and disheartened by the dismal lack of awareness of environmental issues of most of the public and politicians in Israel.

I am proud to do my part to keep The Times of Israel readers properly informed on this vital topic – which can and must lead to policy change.

Your support, by joining The Times of Israel community, allows us to continue our important work. Would you like to join our community today?

Join the Times of Israel community

Already a member? Log in to no longer see this

Are you serious. We appreciate this!

We are really glad you read X Times of Israel Articles in the past month.

That’s why we come to work every day – to provide discerning readers like you with must-see coverage of Israel and the Jewish world.

So now we have a request. Unlike other media, we have not set up a paywall. But since the journalism we do is expensive, we invite readers for whom The Times of Israel has become important to help support our work by joining The Times of Israel community.

For as little as $ 6 per month, you can help support our quality journalism while benefiting from The Times of Israel WITHOUT ADVERTISING, as well as access to exclusive content reserved for members of the Times of Israel community.

Already a member? Log in to no longer see this