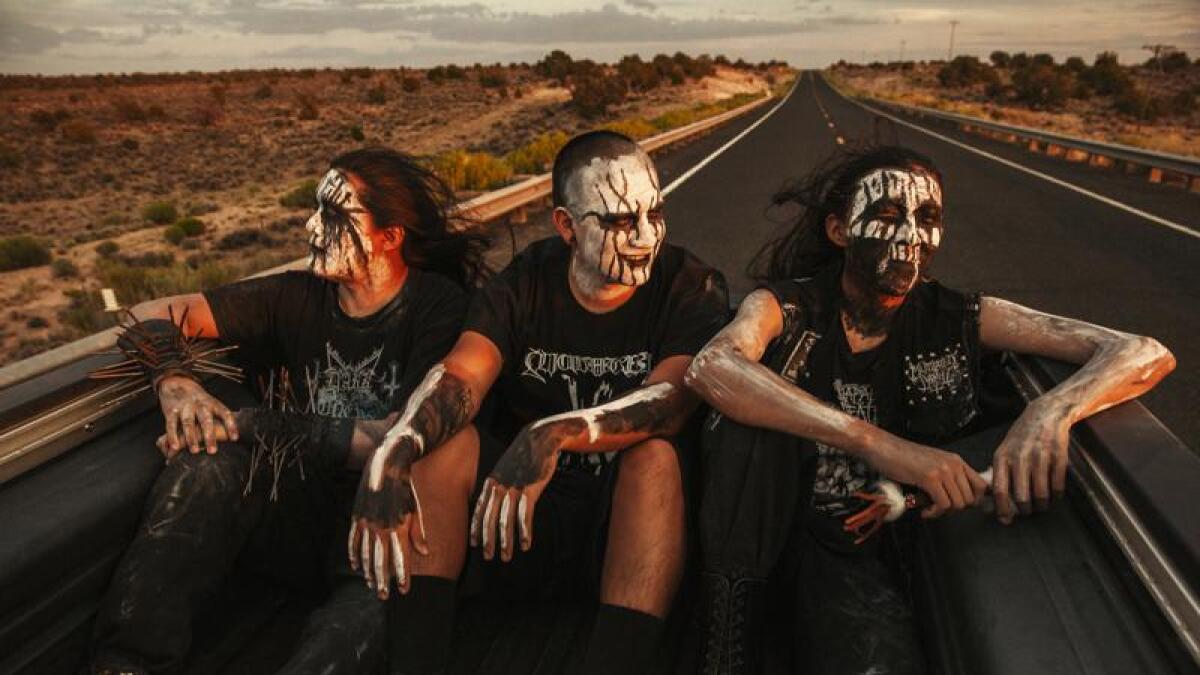 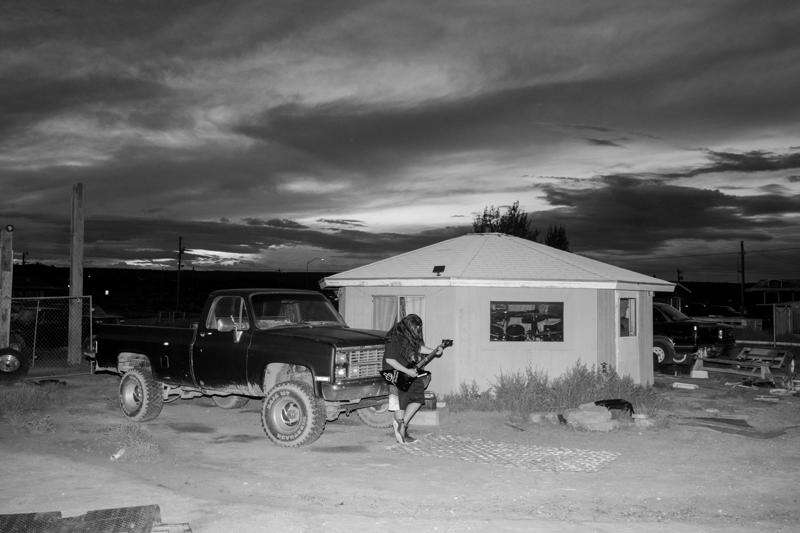 I Dont Konform’s Kyle Felter stars in “Metal from the Dirt.” 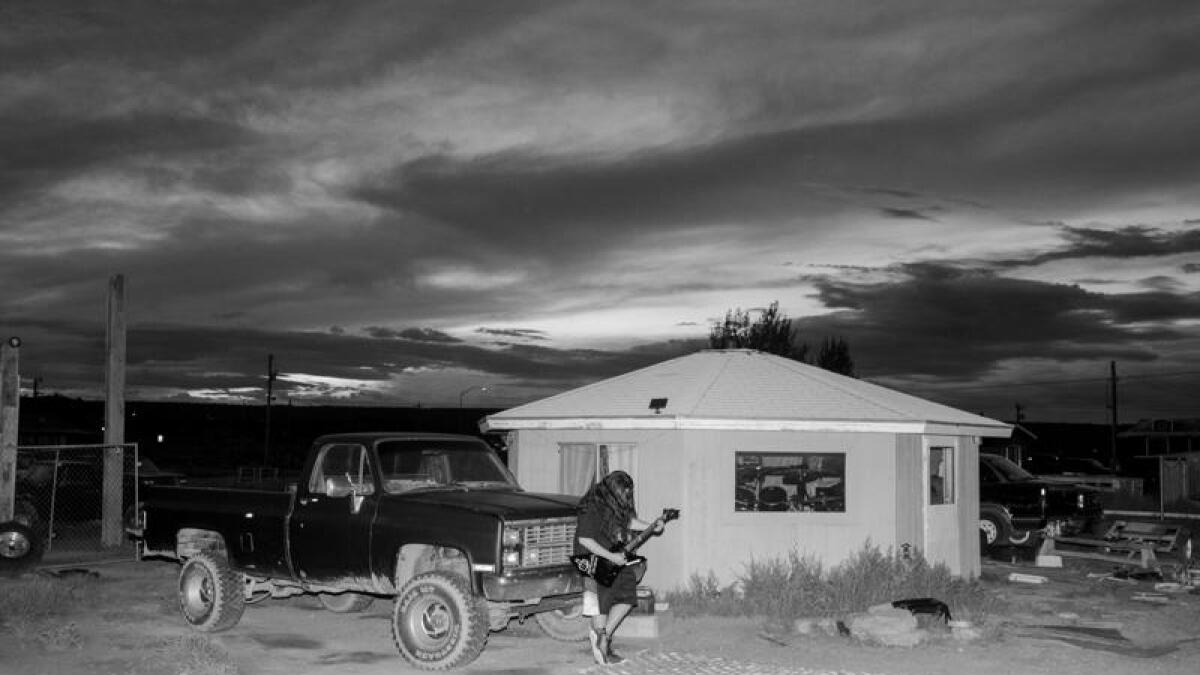 The 15th annual Durango Film Festival, “Focus on Film,” is set to take over Durango, with more than 110 films telling more than 110 different stories starting Wednesday.

One such story, “Metal From the Dirt”, is featured in Extreme Roots – Native Cinema Program. It’s a 14-minute short that tells the story of heavy metal bands playing on the Navajo Reservation. 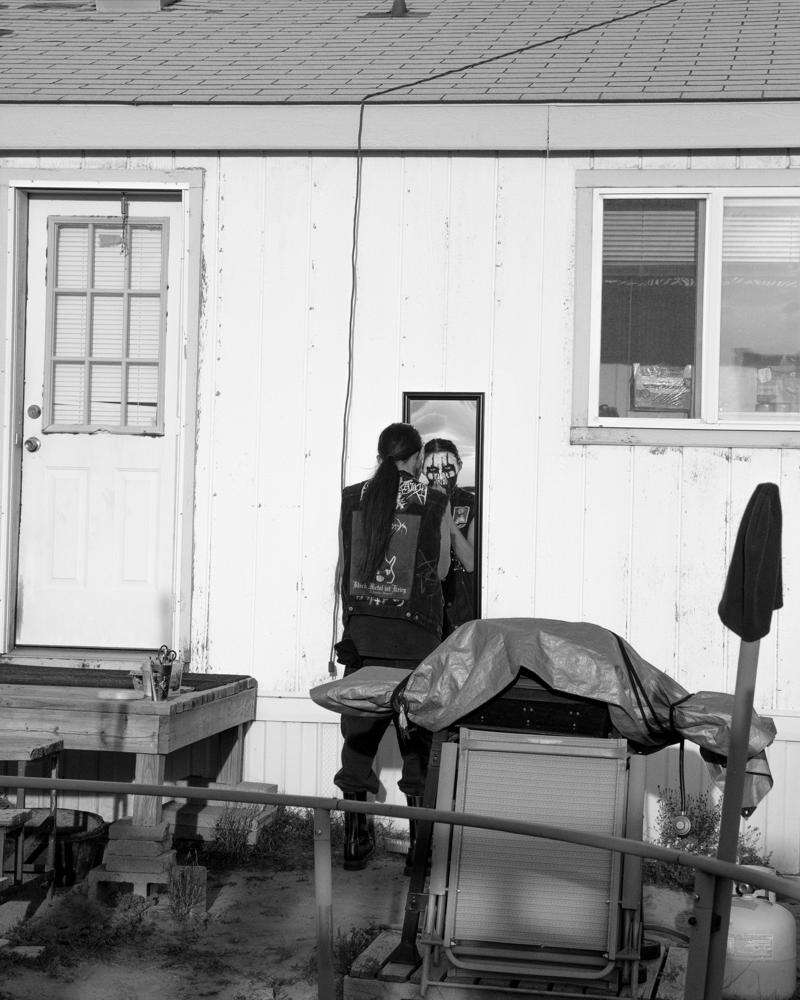 Mutilated Tyrant’s Laurence Tsosie puts on corpse paint in “Metal From the Dirt.” 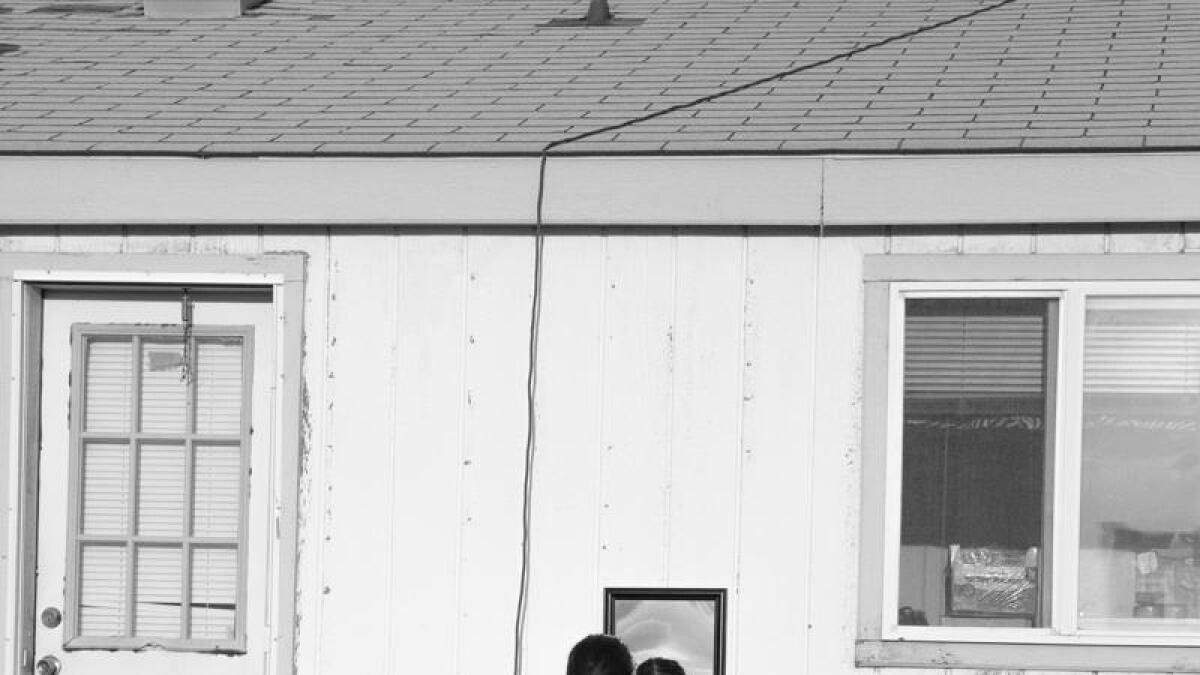 Director Clarke Tolton, who worked on the film with “Everything Is Stories” and Revolver magazine, said “Metal From the Dirt” was a project that spanned a few years. Initially, he said, he accompanied his friends Mike Martinez and Tyler Wray, who were working on a story about Duane “Chili” Yazzie for their “Everything is Stories” podcast. While the trio were in New Mexico and Arizona, Martinez had mentioned that there were metal shows going on, so they went to check them out, take pictures, and hang out with some of the guys there. It’s podcast policy to bring a photographer with them on projects to document everything, which is why Tolton went on the trip, he said.

A few years passed, he said, and nothing came of metal history, so he posted some of his photos online and was contacted by metal and hard rock magazine Revolver. , who wanted to publish the images of the black metal photos that had been taken while traveling. And, Tolton said, the magazine asked him if he would be interested in returning to Arizona and New Mexico for more material.

“That got the ball rolling – Mike and Tyler got in touch with all the bands. So we went back there and toured for a week, just criss-crossing – I think we’ve traveled thousands of miles – we were meeting a band, and they were like, ‘You gotta meet my friend here,’ and we were going to meet these other guys,” Tolton said. “It was basically all about this band, I Dont Konform. They did a show just for us and got their friends together. And we just went around and interviewed people from all generations, from teenagers to guys who were playing in the 70s and 80s.” 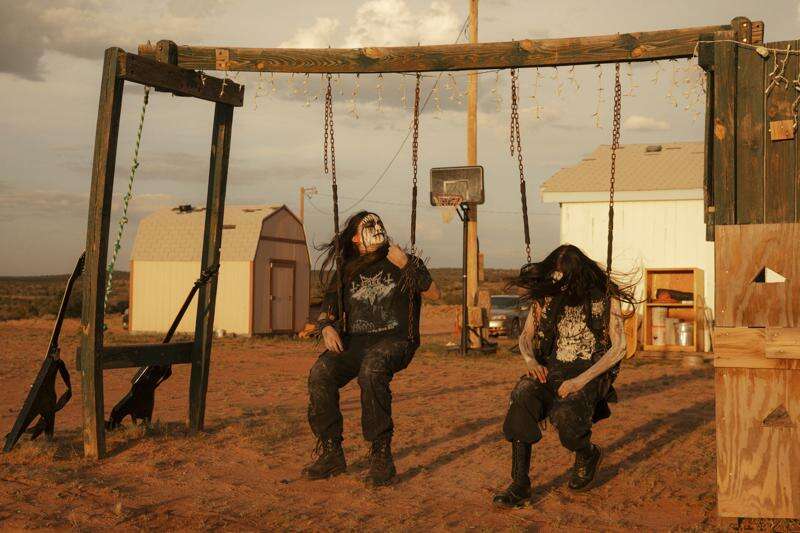 Mutilated Tyrant’s Lardel Tsosie and Laurence Tsosie are featured in the short “Metal From the Dirt.” 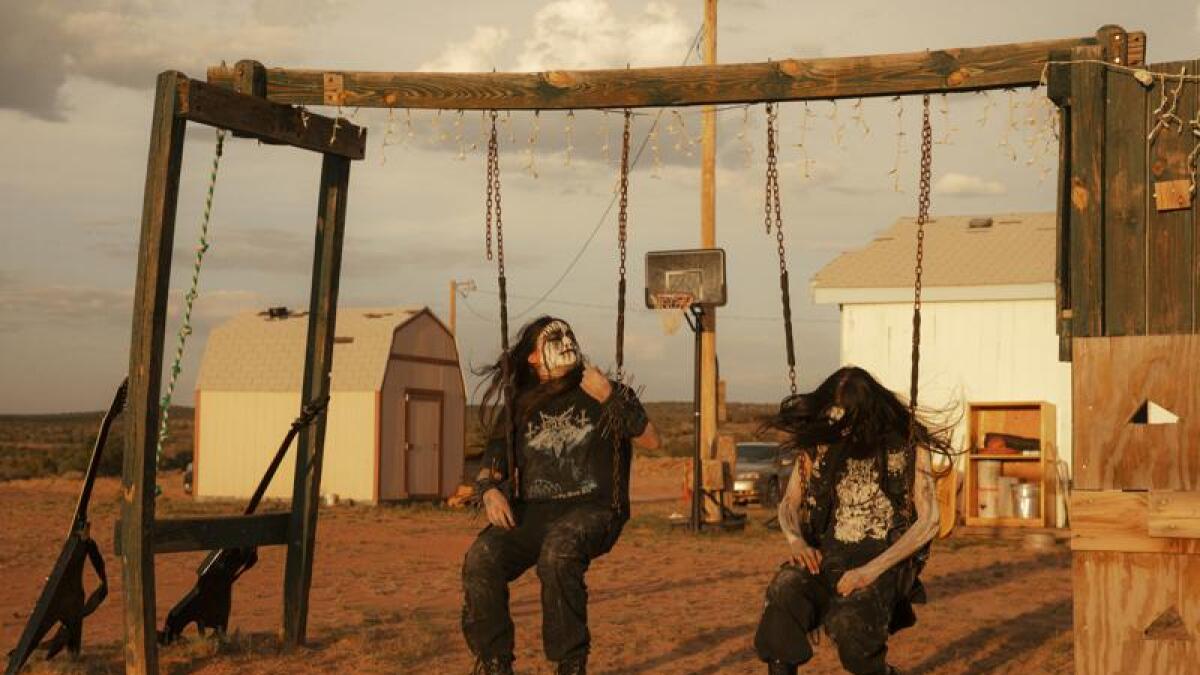 I Dont Konform is based in Window Rock, Arizona, and another band – black/death metal band Mutilated Tyrant from Ganado, Arizona – is also featured in the film.

In the film, the bands explain how, because the reservation is so big and there are hardly any venues, there is a do-it-yourself spirit that prevails – the bands will set up anywhere to play .

“There are a lot of heavy metal bands on the Navajo reservation, and for some reason this music, this subculture, seems to permeate the youth,” I Dont Konform manager Jerold Cecil said in the film. . “What rez metal is is that ‘rez’ is an inside word for ‘reservation’. Our brand of metal is unlike any other, and whether you grew up with it or, like me, you followed and made it your own, it explodes. 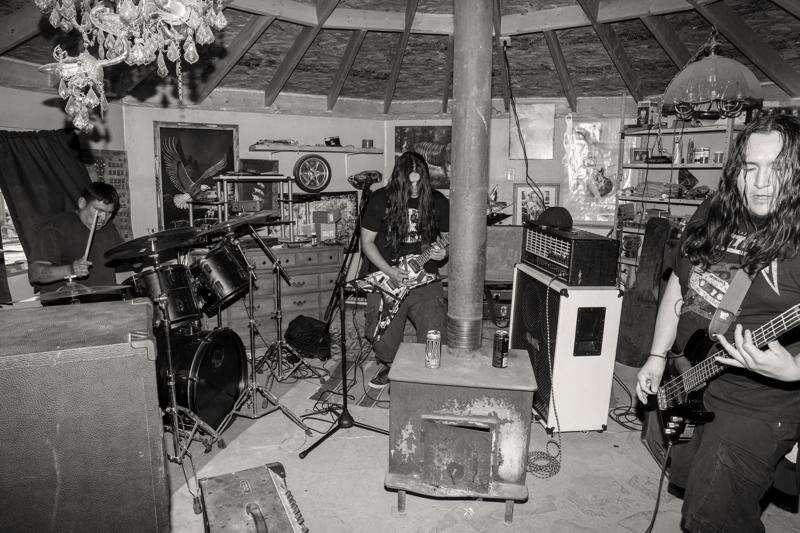 Members of I Dont Konform star in “Metal From the Dirt.” 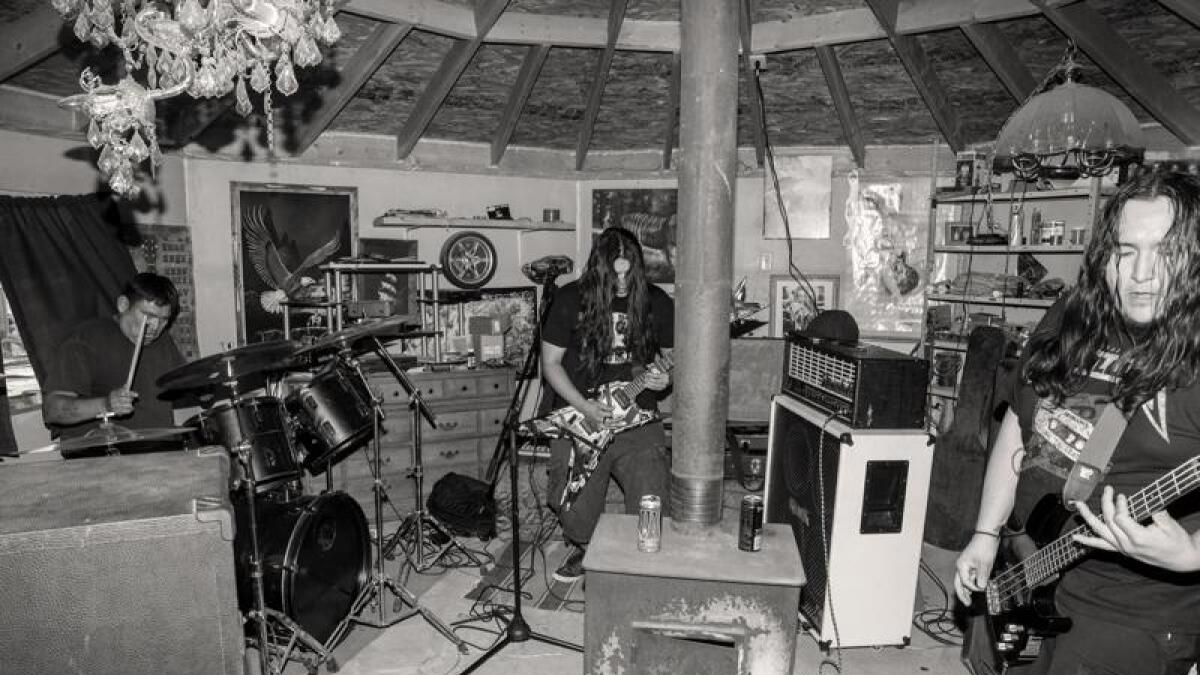 And despite the fact that “Metal from the Dirt” comes in at just 14 minutes, the message it conveys is far more important, Tolton said.

“We thought it was important to put it out there because it’s not something that’s not in the public, it’s not in the mainstream, and they are, in their lyrics and in their music, they talk about their cultural heritage, and it’s a voice that is not heard,” he said.