Writer’s block might be a thing of the past, as artificial intelligence is increasingly exploited in the creative arts, and the first film written by a Japanese AI bot aims to demonstrate what it can do when it comes to… a big festival of short films this year.

“Boy Sprouted,” a 26-minute short film written by AI “Furukoto” and directed by Yuko Watanabe, will be featured in the Short Shorts Film Festival and Asia, one of the region’s biggest film festivals, on the theme this year “meta cinema.”

The story centers on a boy and his particular dislike of tomatoes, prompting his mother to go to great lengths to get him to eat. But she doesn’t know that her son has a plant literally growing on his back – an idea that Furukoto cultivated herself.

“The quality (of the script) was about on par with human writing. If I hadn’t known, I wouldn’t have doubted it was written by a human,” Watanabe said. .

A still from “Boy Sprouted”, a short film written by the Japanese AI “Furukoto”. (Photo courtesy of the Short Films Committee) (Kyodo)

Developed by Japanese startup Ales Inc., Furukoto is an AI bot that embodies the essence of “Ki-sho-ten-ketsu” – a Japanese narrative structure that follows the flow of introduction, development, twist and conclusion.

The AI, which takes its name from an archaic Japanese word meaning “story”, generates a scenario by selecting appropriate sentences from a large number of candidate sentences using proprietary “PSL” technology developed in-house.

PSL stands for plotline graph, sentiment analysis and logline, and creates a story by evaluating and judging these three elements in a complex way. It uses a recurrent neural network called long-short-term memory, or LSTM, to generate the candidate sentences.

Currently, Furukoto can only produce one A4 page script, equivalent to a 30-minute short film, based on a one-sentence description of a story of about 60 Japanese characters.

But while the AI ​​system gets full marks for creativity in “Boy Sprouted,” its scripts still can’t compare in detail to those written by humans, according to Watanabe and producer Hiroki Tawada, who directs also the Furukoto development project in Ales.

Producer Ryohei Tsutsui said the film also served as a research and development project to see how well an AI-written story could come to life with minimal input from a director.

“It was a challenge to turn the pure release into a production, and the director and staff had their work cut out because the information released lacked detail,” said Tsutsui, who runs film production company Trixta Co.

To avoid diluting the “purity” of the AI ​​output, Watanabe opted to communicate with staff using storyboards rather than relying on text, and said she “made sure to insert only dialogue that would not change a scene or its mood”.

The long periods of silence created an eerie atmosphere worthy of a film classified by its director in the horror genre.

Although there have been a few shorts made from AI-generated scripts so far, Tawada said “Boy Sprouted” is the first to come from Japan and the first with a meaningful plot.

“Previous films had inconsistent plots, (but) the fact that the AI ​​made them was the point of interest. We didn’t want to do that, we wanted to make a film with a proper story,” he said. he declares.

In 2016, the sci-fi short film “Sunspring”, presented as an entry to an annual film competition in London, had a script written entirely by an LSTM-based AI bot.

While the actors played their roles convincingly and the result was oddly moving, the dialogue for most of the roughly nine-minute short was nonsensical. 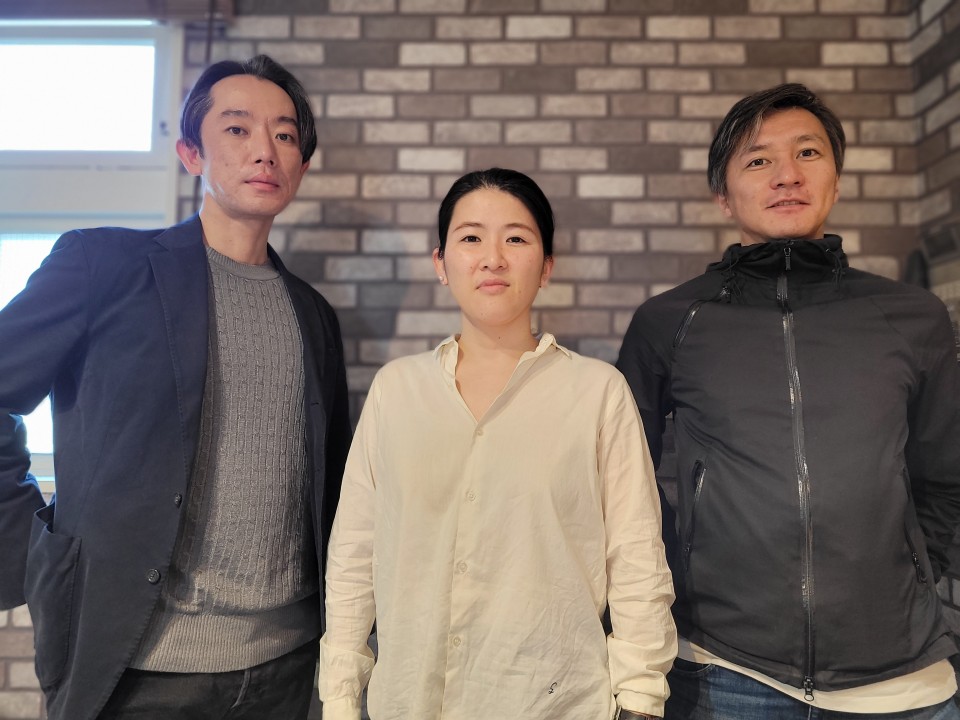 In recent years, autoregressive transformer models, which are more successful at producing consistent human-like text with just a few prompts, have been heralded as the next phase of AI technology.

Hitoshi Matsubara, a leading artificial intelligence researcher who founded Ales in 2018, said a Furukoto based on an AR Transformer model is in the works, with the next script likely to be written using the New version.

“Our company’s dream is to win an Oscar,” he said with a laugh.

Furukoto is not yet capable of writing dialogue, but the developers are working on adding the feature in addition to generating scripts long enough to create a full feature film.

But Matsubara, also a specially appointed professor at Future University Hakodate in northern Japan, said while he is convinced that AI has the potential to one day match human creativity, one fundamental difference will always remain.

“People have something they want to express, but AI and computers really have nothing to say,” Matsubara said. “People are often moved by the passion of the creator, but this is absent from works created by AI.”

Still, “Boy Sprouted” is a testament to what Furukoto has been able to accomplish in roughly four years of development, and the use of AI in the entertainment industry is just beginning.

“I want people to feel the limitlessness of choices in life (through this film),” Watanabe said.

Asia Short Film Festival to Open in Tokyo in June, Focus on Metaverse

FEATURE: Is “Strange Valley” good for a future metaverse?