(August 14, 2022 / JNS) The Israeli government aims to project a positive image of the country and improve the economy through a refund scheme that could award up to 45 million shekels ($13.9 million) for film and TV production foreigners in the country over the next two years.

The decision was launched at the beginning of the summer by five Israeli ministries. The deadline to apply to participate is approaching August 22.

“Unfortunately, it is often through war that the world learns of Israel’s existence,” Culture and Sports Minister Yehiel Tropper told JNS. “We just had this operation with Hamas and the terrorists launched over 1,000 rockets at Israeli civilians when the IDF was only targeting terrorists, but the world doesn’t necessarily see it that way.

“We want them to see the beauty of Israel, our beautiful places, our cultural life, our theaters – there are so many wonderful things happening here and this is our chance to show them.”

Israeli Culture and Sports Minister Yehiel Tropper during a celebratory reception for Israeli Olympic medalists at the President’s Residence in Jerusalem, August 16, 2021. Photo by Olivier Fitoussi/Flash90.

The program is officially a project of the Ministries of Economy, Culture and Sports, Finance, Foreign Affairs and Tourism. The money will be granted through a special channel of the Industry and Economy Investment and Development Authority of the Ministry of Economy and Industry.

Qualified filmmakers, including those in animation and those working on television series, can receive up to 30% reimbursement of production costs. The amount of financial support will be awarded based on documentation provided by recipients at various stages of the production process. Up to 80% can be received during production and 20% when the film is finished.

Tropper said the investment is expected to rise in value thanks to the “domino effect” of trading activity. He said when productions are in town, they spend money on hotels, use public transportation, order catering, hire professional support staff, and more.

Any applicant who wins a reimbursement grant must agree to include in the credits of their film the mention that their production was made with the support of the State of Israel and to authorize Israel to share information on the link of the film with the Holy Land “in any way”. sees fit,” according to official program documentation.

Tropper said the program is fully funded for another two years and then will be renewed. He noted that despite government turnover due to another round of elections, he thinks “if it works, there are movies that are being shot in Israel, it helps the economy and puts Israel in a positive light.” , the program will be refunded. . 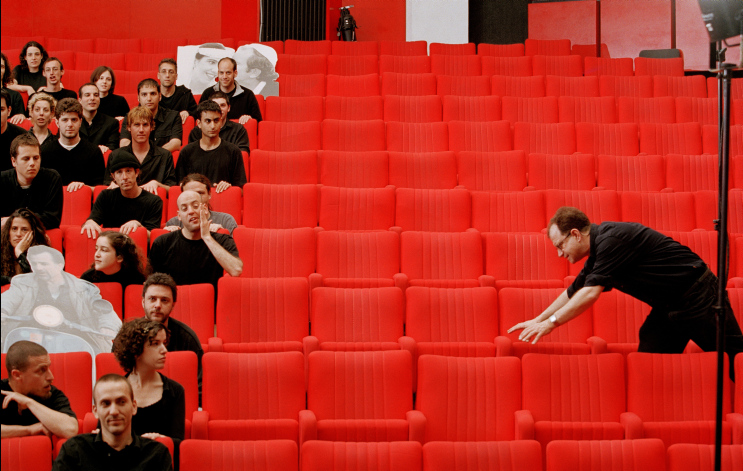 The industry is booming

Israel is a great place to make films, minister says, due to its history and geography, generally comfortable climate, solid infrastructure, skilled professionals and a pool of alumni of film schools,” explained Tzvi Gottlieb, CEO of Israeli Television and Film. Association of Producers.

However, he said people usually choose to go to Greece, Italy or even Jordan where it is cheaper to produce films. Jordan is a “big player” in the rebate system, he said, and benefits from the multi-million dollars infused into the country by filmmakers.

“There’s no reason Israel can’t do the same,” he said.

Already, without the grant program, many well-known films have been made in Israel or developed by Israeli talent, such as Netflix’s “Hit and Run,” “Fauda,” “Yellow Peppers,” “Tehran,” and others.

On the animation side, “the industry is booming right now in Israel,” Ben Molina, who heads the Animation Union in Israel, told JNS. “Israel is both an animation service provider and Israel is the creator of the original intellectual property.”

He pointed to shows like Nickelodeon’s “Zack and Quack,” which started in Israel but moved overseas for economic reasons. Israel’s Snowball Studios helped create “Muppet Babies” and are behind “CoComelon.”

More recently, Ari Folman has brought the story of Anne Frank to life through animation. This movie has so far grossed over $160 million at the box office.

“It’s happening now and it wouldn’t have been possible 10 years ago,” Molina said. “This discount program will make even more options possible.” 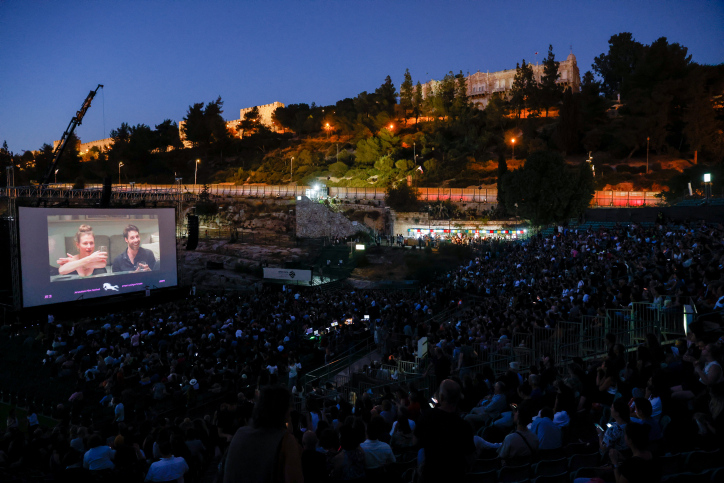 The opening night of the Jerusalem Film Festival in Jerusalem on July 21, 2022. Photo by Olivier Fitoussi/Flash90.

Filling the souls of Israelis

Gottlieb said he thinks it will serve to improve Israel’s image when producers and actors use social media to share their travels and experiences. Dani Shahar, director general of the Ministry of Tourism, said it would also bring in travellers.

“People all over the world are traveling to destinations they’ve seen in movies, following favorite shows and following admired stars,” Shahar said. “Investing in promoting international productions to film here in Israel is part of our marketing activity as the Ministry of Tourism, to expose and publicize Israel as an attractive destination to the world. Apart from Israel being an ideal setting for filming international productions, offering a very wide variety of landscape types, the charm of Israel will surely also appear in the series and films that will be produced here and will improve the status of our country. among other countries in the world.“

Finally, it will also nourish the souls of Israelis.

Tropper was a social worker before being a politician. He said culture “is like cold water on a hot day in people’s hearts”.

Tropper added that while Israel hopes to share its land, film technology and innovation with the international film industry, it hopes to “fill the souls” of its own people through the project.