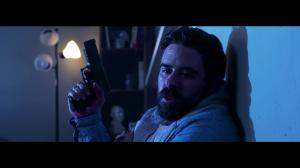 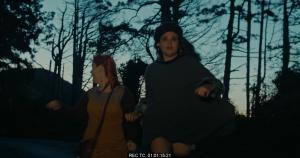 There is nothing funnier than misfortune “

BLACKLIGHT by New York filmmaker Nick Snow is a true independent film. Though he tries to leave a life of crime behind, Danny reluctantly teams up with naive rich youngster Liam and savage drug dealer Kit Viper. A failed flight leaves them in possession of a mysterious supernatural artifact with immense potential.
Snow: ,, The project lasted over 3 years while constantly working to develop creative ways to continue fundraising to secure the right locations and ensure high quality production value. The main cast showed incredible dedication to this project. Almost all of the key characters were chosen as they developed. We have been fortunate to work and maintain relationships with so many talented actors on other projects that we have written, directed and / or produced. You’ll see in the performances how each member of the cast further improves the story behind this supernatural thriller. “

EDONÃ‰ – EVA’S SYNDROME has five directors: Matilde Cerlini, Enrica Cortese, Claudio Pauri, Lorenzo Rossi and Filippo Sabarino. This Italian feature film is a tale of adventure and eroticism that tries to create a new point of view and helps the discussion on sexual themes and sex education. Five contemporary young adults flee from a party without borders after the arrival of the police. They run through the woods until they find refuge in a strange house that seems to belong to the sexual revolution of the 70s. Erotic objects and portraits, a mysterious diary and a long forgotten family secret are just the beginning. of a journey of self-discovery. Matilde Cerlini: “This film is about awareness and self-acceptance, consent, authenticity and pleasure. When we started writing, our most desired outcome was that every young adult sees himself in everything. her pain and pain, in all its beauty and uniqueness.
We hope to convey self-love and inspire to rise to the challenge of self-acceptance. “

ME TO PLAY is a beautiful and moving documentary on theater and acting. Two Professional Actors With Parkinson’s Disease Mount An Off-Broadway Production Of Samuel Beckett’s “Endgame,” A Play He Wrote As A Metaphor For Living With Disease After His Mother Dies From Parkinson’s Disease . In the play, Beckett wrote: â€œThere is nothing funnier than misfortune; this film proves it. It also shows that when the body gives in, only the soul remains. Here the two actors are Dan Moran and Chris Jones who share six decades of acting experience. Now they share Parkinson’s disease, a progressive disorder that turns off brain cells that help control movement and balance. It touches all the essential elements of the profession of actor. In the movie, we follow Dan and Chris as they face this play, and as they navigate their lives, with all the hardships that Parkinson’s disease brings – making dinner, taking the subway, going to the doctor. and live the life of the actors that can only take place in the heart of New York.

If you want to see one or all of these feature films, they are screened Thursday night at NYCindieFF at the Producer’s Club at the corner of 44th Str and 8th Ave in Manhattan. Check the website for more details on the program.


The priority of EIN Presswire is transparency of the source. We do not allow opaque clients and our editors try to be careful to eliminate bogus and misleading content. As a user, if you see anything that we missed, please bring it to our attention. Your help is welcome. EIN Presswire, Every’s Internet News Presswire â„¢, tries to define some of the limits that are reasonable in today’s world. Please see our editorial guidelines for more information.